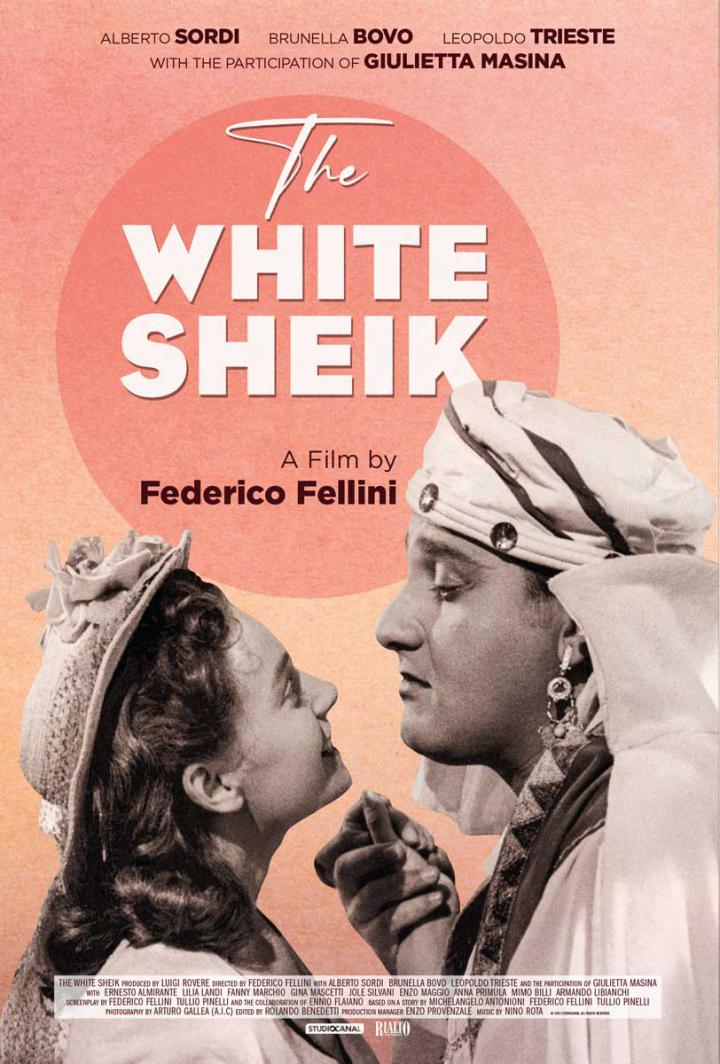 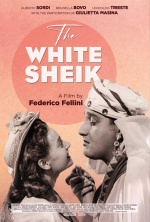 Twenty twenty marks the centennial year of both Fellini and Sordi.

Provincial Leopoldo Trieste’s Roman honeymoon plans go sour when bride Brunella Bovo goes missing, even as his family (including an uncle, who’s “very high up in the Vatican”) is waiting in the hotel lobby for that first meeting, en route to a papal audience (along with 200 other couples). But super-fan Bovo’s first priority is to meet the “The White Sheik” (Sordi), fantasy hero of her beloved fumetti (comics, but illustrated with photographs). When Bovo finally arranges a tryst with her dream man, though, she finds he’s not what he’s cracked up to be.

Sordi’s “marvelous performance” (Pauline Kael) launched his international reputation, after 15 years in movies, most famously as the Italian voice of Oliver Hardy. (Upon first hearing Hardy’s real voice, Fellini remarked, “Where’s Sordi? I want Sordi.”) For the hapless husband, Fellini cast Leopoldo Trieste, a playwright with only one prior movie credit (White Sheik would launch a long film career, with credits including I Vitelloni, Divorce Italian Style, Cinema Paradiso, and The Godfather Part II).

The White Sheik is set against the world of the fotoromanzo (“photo novel”), photographed comics, most often love stories, which became popular just after World War II, especially among teenage girls and young women.

Michelangelo Antonioni chronicled the fotoromanzo craze in his 1949 short L’amorosa menzogna (Lies of Love). Three years later he’d collaborate with Fellini and frequent collaborator Tullio Pinelli on the story of The White Sheik.

Fellini’s solo directorial debut (following 1950’s Variety Lights, which he co-directed with Alberto Lattuada) also marked his first collaboration with composer Nino Rota, who’d create unforgettable scores for most of the director’s future masterworks, and the first appearance of a friendly streetwalker named “Cabiria” (played by Fellini’s wife Giulietta Masina), who four years later would be the central character of the Fellini masterpiece Nights of Cabiria. A new 4K restoration of Nights of Cabiria will be released by Rialto in spring 2020.

The White Sheik has been restored in 4K from the original camera negative by Fondazione Cineteca di Bologna, in collaboration with RTI-Mediaset and Infinity, as part of Fellini 100. The restoration has been carried out at L’Immagine Ritrovata laboratory in Bologna.

The White Sheik Get Tickets

Click a BLUE SHOWTIME to purchase tickets
Note: There were no showtimes for Tue, Jan 28th, so instead we're showing you showtimes for the next available date on Wed, Jan 29th.
Royal
Last Chance!
11523 Santa Monica Blvd.
Set as myTheatre | MAP
1:00pm 3:15pm 5:30pm 7:50pm
Spread the word about this film!
Email a Friend
Tweet
Email a Friend
Playing at Get Tickets
Royal ending Jan 30th
Played at
Playhouse 7 1.17.20 - 1.23.20