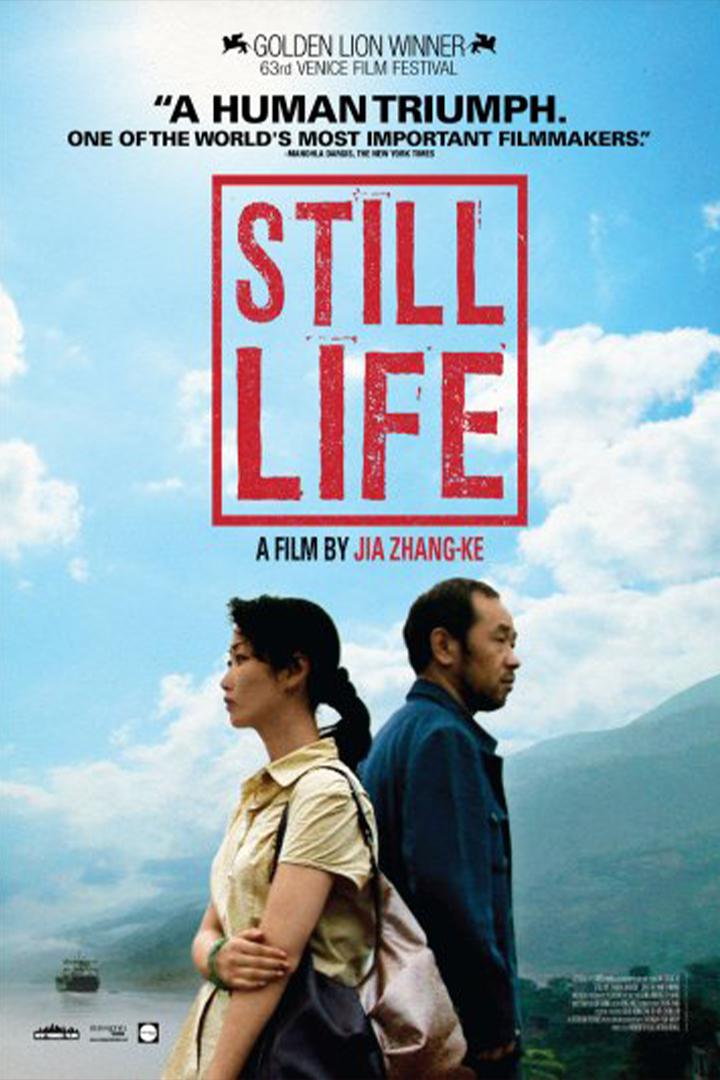 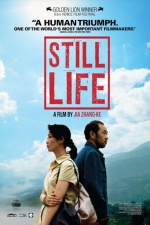 View Trailer
Still Life, winner Golden Lion, Venice Film Festival 2006, is an empathetic portrait of those left behind by a modernizing society and, as in director Jia Zhang-ke’s earlier films (Platform, Unknown Pleasures, The World), it is a unique hybrid of documentary and fiction. In Still Life, great changes have come to the town of Fengjie due to the construction of the Three Gorges hydro project: Countless families that had lived there for many generations have had to relocate to other cities. Fengjie’s old town, which has a 2000-year history, has been torn down and submerged forever, but its new neighborhood hasn’t been finished yet. There are still things that need to be salvaged and yet there are also things that must be left behind. In Still Life, such life-changing choices face both Sanming, a miner traveling to Fengjie in search of his ex-wife of sixteen years, and Shen Hong, a nurse who has come to Fengjie to look for her husband who she hasn’t seen in two years. Both Sanming and Shen will find who they’re looking for, but in the process they too will have to decide what is worth salvaging in their lives and what they need to let go of.

Jia Zhang-ke on Still Life: “I once walked into someone’s room by accident and saw dust-covered articles on the desk. Suddenly it seemed the secrets of still life fell upon me. The old furniture, the stationery on the desk, the bottles on the windowsills and the decorations on the walls all took on an air of poetic sorrow. Still Life represents a reality that has been overlooked by us. Although time has left deep marks on it, it still remains silent and holds the secrets of life. I entered this condemned city with my camera and I witnessed demolitions and explosions. In the roaring noise and fluttering dust, I gradually felt that life really could blossom in brilliant colors even in a place with such desperation.”

“In Still Life, the blood and the sweat run directly into the Yangtze River, where they mingle with more than a few tears.” (Manohla Dargis, New York Times)

“Still Life is the first great film of the year. It's beautiful but so much more--full of subtle feeling, framed by a monstrous, eroding landscape.” (Michael Phillips, Chicago Tribune)

“Both a docudrama with obvious social and historical relevance and a subtle, slow, quietly powerful chronicle of human loss.” (Andrew O’Hehir, Salon)

“Jia Zhang-ke is a new auteur making his mark. Embraced abroad on the international festival circuit, if less welcome on screens in China, this writer-director works in a genre that could be called globalist.” (Bill Stamets, Chicago Sun-Times)

The steep price of progress in his home country is a favorite theme of the great Chinese filmmaker Jia Zhang-ke (Platform, The World), who here turns his extraordinary eye on the apocalyptic engineering feat on the Yangtze River that is the Three Gorges Dam. More than a million people have been ...

There are currently no showtimes for this film. Please check back soon.
Spread the word about this film!
Email a Friend
Tweet
Email a Friend
Playing at Get Tickets
Laemmle Virtual Cinema thru Oct 29th
Played at
Lumiere Music Hall 10.03.08 - 10.09.08