Nominee
Best Actress in a Leading Role
Academy Awards
Nominee
Best Adapted Screenplay
Writers Guild of America
Robert Altman has made a dozen films that can be called great in one way or another, but one of them is perfect, and that one is McCabe & Mrs. Miller.
-- Roger Ebert, Chicago Sun-Times
View Trailer 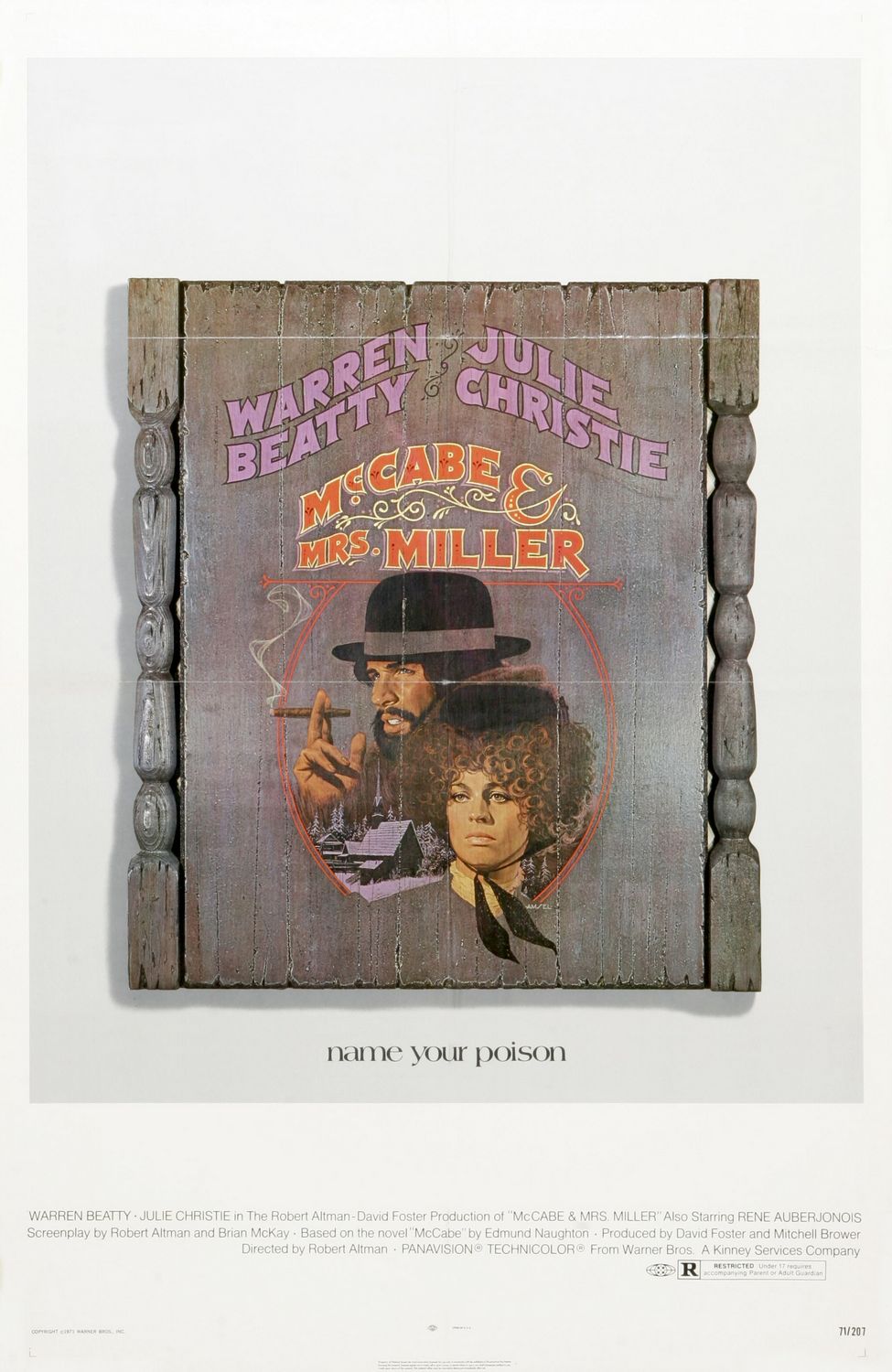 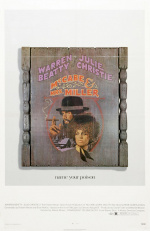 Pauline Kael memorably praised Robert Altman’s
McCabe & Mrs. Miller as “a beautiful pipe dream of a movie.” This poetic, revisionist Western is set in the Northwest at the turn of the 20th century and stars Warren Beatty and Julie Christie (Oscar-nominated for her performance). We present this screening as a tribute to Oscar-winning cinematographer Vilmos Zsigmond (Deliverance, The Long Goodbye, Close Encounters of the Third Kind, The Deer Hunter).

Special guests for the screening:

Co-star Keith Carradine, who went on to star in two other Altman movies, Thieves Like Us and Nashville, for which he won an Oscar for his song, “I’m Easy.” Carradine starred in such other films as Welcome to L.A., The Duellists, Pretty Baby, Southern Comfort, The Long Riders, Choose Me, and Wild Bill. He is also a star of theater and television, appearing in such acclaimed series as Deadwood, Dexter, Damages, Fargo, and the current Madam Secretary.

Co-star William Devane, who appeared in many other films, including Alfred Hitchcock’s Family Plot, John Schlesinger’s Marathon Man, Clint Eastwood’s Space Cowboys, and Christopher Nolan’s The Dark Knight Rises. Devane also has had a long career in TV series, movies, and miniseries. He starred in the long-running hits, Knots Landing and 24, and currently appears on The Grinder with Rob Lowe and Fred Savage.

Wednesday, March 2, at 7:30 PM at the Fine Arts Theatre. Q&A to follow the screening.

McCabe & Mrs. Miller reimagines the American West as a muddy frontier filled with hustlers, opportunists, and corporate sharks -- a turn-of-the-century model for a 1971 America mired in violence and lies. John McCabe (Warren Beatty) wanders into the turn-of-the-century wilderness village known as Presbyterian Church, with vague plans of parlaying his gambling winnings into establishing a fancy casino-brothel-bathhouse. McCabe's business partner is prostitute Mrs. Miller (Julie Christie), who despite her apparent distaste for McCabe helps him achieve his goal. Once McCabe and Mrs. Miller become successful, the town grows and prospers, incurring the jealousy of a local mining company that wants to buy McCabe out. Filmed on location in Canada, McCabe & Mrs. Miller makes use of such Altman "stock company" performers as Shelley Duvall, René Auberjonois, John Schuck, and Keith Carradine. The seemingly improvised screenplay was based on a novel by Edmund Naughton and the movie features gorgeous cinematography by Vilmos Zsigmond and a beautiful soundtrack of songs by Leonard Cohen. McCabe & Mrs. Miller joined such other Altman efforts as M*A*S*H, The Long Goodbye, and Thieves Like Us in radically revising familiar movie genres for the disillusioned Vietnam era. This screening is a tribute to the late Mr. Zsigmond.
R
Genre
Drama, Western, Throwback Thursdays
Runtime
120
Language
English
Director
Robert Altman
Writer(s)
Robert Altman
Cast
Warren Beatty, Julie Christie
Awards:
Nominee, Best Actress in a Leading Role, Academy Awards
Nominee, Best Adapted Screenplay, Writers Guild of America
FEATURED REVIEW
David Jenkins, Time Out

One of the best of Altman's early movies, using classic themes - the ill-fated love of gambler and whore, the gunman who dies by the gun, the contest between little man and big business - to produce a non-heroic Western. McCabe (Beatty) hasn't the grand dimensions of a Ford, Fuller or Leone hero; he ...

There are currently no showtimes for this film. Please check back soon.
Spread the word about this film!
Email a Friend
Tweet
Email a Friend
Played at
Fine Arts Theatre 3.02.16 - 3.02.16