Leaning into the Wind - Andy Goldsworthy

Marvelous...a study in seeing, in subordinating one's self to the elements, in creating with nature rather than from it.
-- Alan Scherstuhl, Village Voice
View Trailer 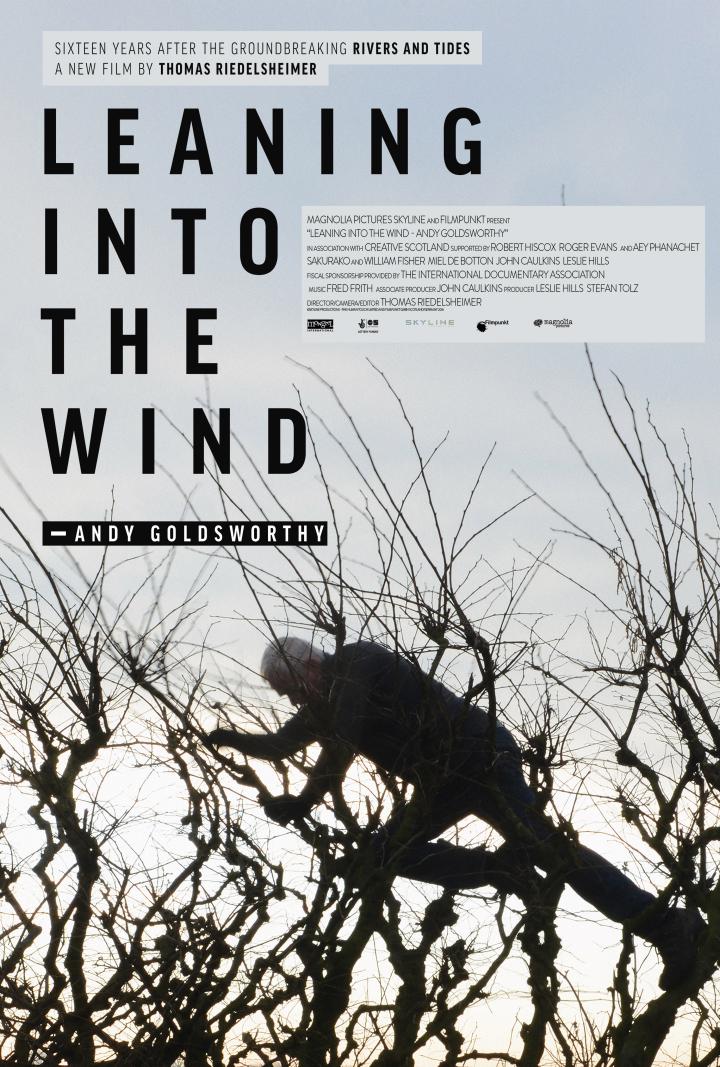 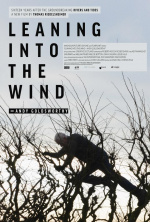 Leaning into the Wind - Andy Goldsworthy

Part of our Culture Vulture series. For more screenings and information, visit: www.laemmle.com/culturevulture.
Sixteen years after the release of the groundbreaking film Rivers and Tides – Andy Goldsworthy Working with Time, director Thomas Riedelsheimer has returned to work with the artist. Leaning into the Wind – Andy Goldsworthy follows Andy on his exploration of the layers of his world and the impact of the years on himself and his art. As Goldsworthy introduces his own body into the work it becomes at the same time even more fragile and personal and also sterner and tougher, incorporating massive machinery and crews on his bigger projects. Riedelsheimer’s exquisite film illuminates Goldsworthy’s mind as it reveals his art.

Andy Goldsworthy (b. 1956, Cheshire, England) lives in Scotland. He makes works of art using the materials and conditions that he encounters wherever he is. Using earth, rocks, leaves, ice, snow, rain, or sunlight, the resulting artworks exist briefly before they are altered and erased by natural processes. He also uses his own body as a medium, as with his Rain Shadows, or through actions such as spitting, throwing, climbing and walking. He has undertaken commissions in the Queensland rainforest, Australia and the New Zealand coast; in Rio de Janeiro, New York City, St Louis, Montreal and San Francisco; in the New Mexico desert, the mountains of central Spain and Haute-Provence, France, and the fells of Cumbria and Dumfriesshire. He has exhibited in the British Museum (1994); the Metropolitan Museum of Art (2004); Yorkshire Sculpture Park, Wakefield (2007); and the Palacio di Cristal, Madrid (2007). He contributes widely to group exhibitions and his most recent solo gallery shows have been in New York (2015) and Madrid (2016). Goldsworthy has published many books throughout his career, beginning with Rain, sun, snow, mist, calm: Photoworks (1985).

In 2011, during a shoot in Scotland I met Andy Goldsworthy again. It had been ten years since we released Rivers and Tides and we had not seen each other in the interim. From the very first moment I felt like no time has passed at all – it felt as though we had just waved farewell a few days before. It felt intimate immediately and I became aware of my never-ending interest in this man and his work. We talked a lot and a few weeks later we admitted that both of us were thinking about the option of doing another film together. But Rivers and Tides felt like a huge burden, a big heritage, and we hesitated to go for it. Although a film is just a moment in time it kind of stays forever. People who know Rivers and Tides think they know Andy Goldsworthy. And so we both felt that adding a new perspective to him and his work would be fascinating.
PG
Genre
Documentary, Culture Vulture, Art & Artists
Runtime
93
Language
English
Director
Thomas Riedelsheimer
FEATURED REVIEW
Kenneth Turan, Los Angeles Times

It's not just superhero movies that get sequels, art-house hits get them as well. So, 16 years after his "Rivers and Tides," Thomas Riedelsheimer returns with another examination of the life and work of environmental artist Andy Goldsworthy, "Leaning Into the Wind: Andy Goldsworthy." That first film ...

Leaning into the Wind - Andy Goldsworthy Get Tickets