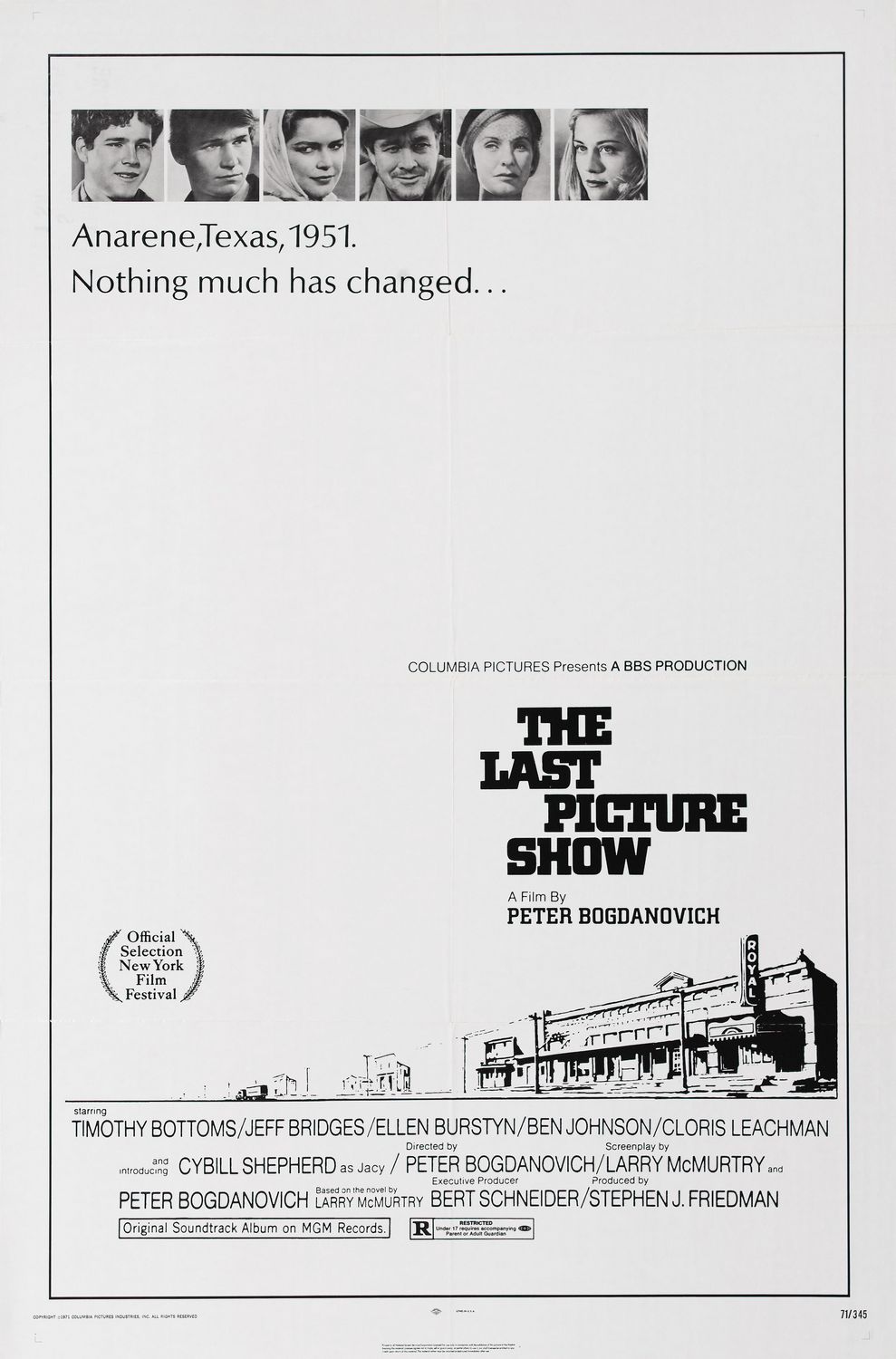 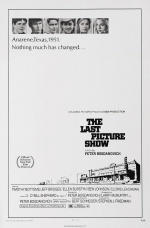 Adapted from Larry McMurtry’s acclaimed novel, The Last Picture Show was nominated for eight Academy Awards in 1971, including Best Picture and Best Director Peter Bogdanovich. The film earned two Oscars—Best Supporting Actor Ben Johnson and Best Supporting Actress Cloris Leachman. This loving and acute portrait of a dying Texas town in the early 1950s is notable for its beautifully rendered atmosphere and for the warmth and compassion of its characterizations.

Bogdanovich, a film critic and historian, had directed one earlier movie—a low-budget indie called Targets. His second feature catapulted him to the front ranks of American directors of the 1970s. Newsweek’s Paul Zimmerman went so far as to call the film “the most impressive work by a young American director since Citizen Kane.” Four decades later, in 2011, Stephen Holden of The New York Times called The Last Picture Show “an American classic—a perfect film, if you will, whose cosmic sadness makes it feel timeless.”

In addition to Johnson and Leachman, the cast includes Timothy Bottoms, Cybill Shepherd, Jeff Bridges, Ellen Burstyn, and Clu Gulager. At a time when color had become the norm in Hollywood, Bogdanovich chose to shoot the film in black-and-white and collaborated with master cinematographer Robert Surtees. The Hank Williams songs on the soundtrack also help to intensify the film’s mournful atmosphere.

There was something about going to the movies in the 1950s that will never be the same again. It was the decade of the last gasp of the great American movie-going habit, and before my eyes in the middle 1950s the Saturday kiddie matinee died a lingering death at the Princess Theater on Main Street ...

The Last Picture Show Get Tickets

There are currently no showtimes for this film. Please check back soon.
Spread the word about this film!
Email a Friend
Tweet
Email a Friend
Played at
Fine Arts Theatre 12.13.16 - 12.13.16