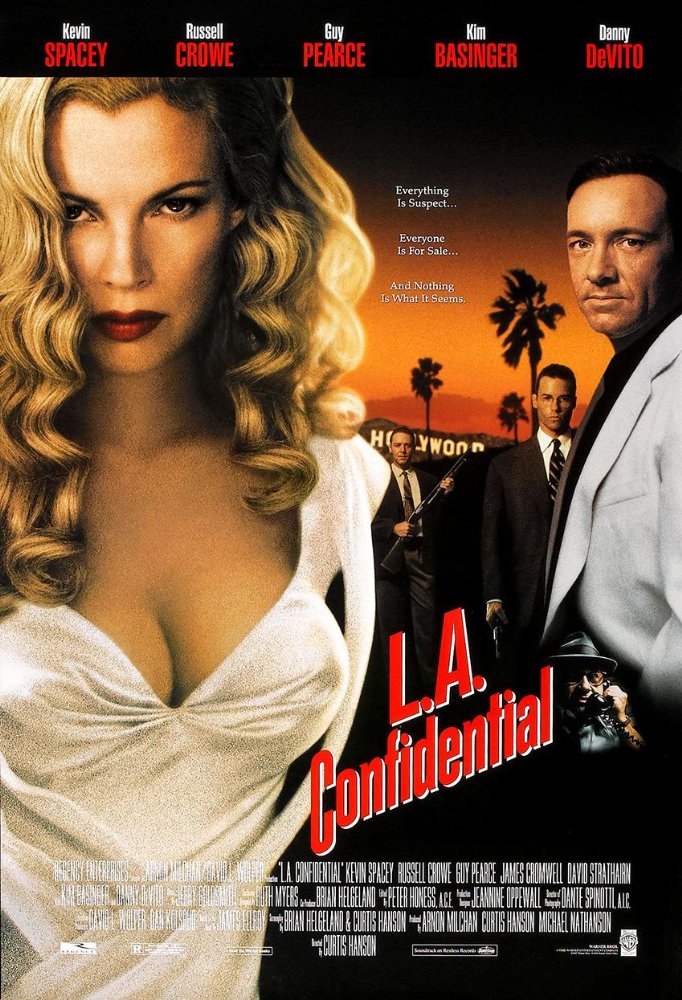 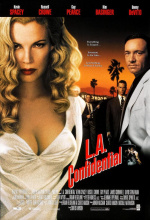 Laemmle Theatres and the Anniversary Classics Series present a tribute to Oscar-winning writer-director Curtis Hanson with a 20th anniversary screening of his film noir masterpiece, L.A. Confidential. The film was nominated for nine Academy Awards in 1997 (including Best Picture and Best Director) and won two Oscars, Best Supporting Actress for Kim Basinger and Best Adapted Screenplay for Hanson and Brian Helgeland.

In the voluptuously engrossing “L.A. Confidential” (Warner Bros.), the corruption does more than burn with white-hot fervor; it becomes a life force unto itself. As the credits appear, we’re treated to idyllic newsreel images of Los Angeles in the ’50s (orange groves, sun-kissed revelers), set to ...

There are currently no showtimes for this film. Please check back soon.
Spread the word about this film!
Email a Friend
Tweet
Email a Friend
Played at
Fine Arts Theatre 5.09.17 - 5.09.17