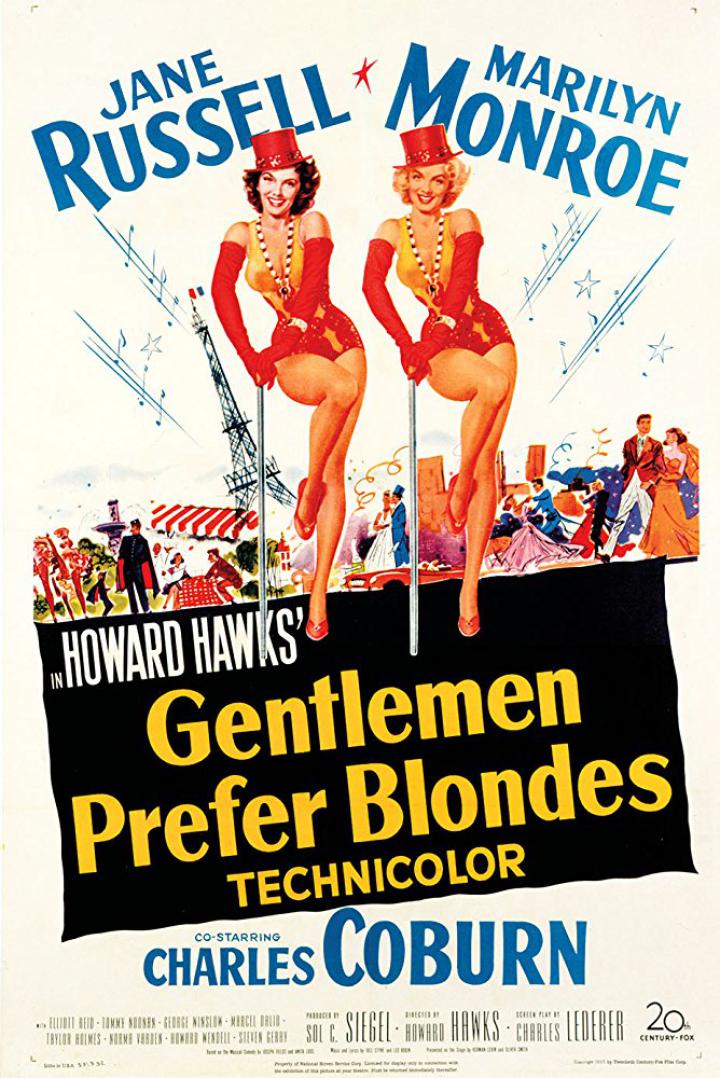 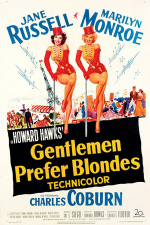 Tuesday, June 5th at the Royal, NoHo 7, and Playhouse 7

At the Royal Theatre only, Debra Levine, the editor of the popular online arts journal arts●meme and the author of several articles about choreographer Jack Cole, will introduce the 7:00 screening of GENTLEMEN PREFER BLONDES.

Laemmle Theatres and the Anniversary Classics series present a tribute to one of the greatest stars in film history, Marilyn Monroe, during her birthday month of June. The program, part of our Twofer Tuesday series, features two of Monroe’s most popular movies—'Gentlemen Prefer Blondes' and 'How to Marry a Millionaire,' both from 1953.

'Blondes' is an adaptation of the 1949 stage musical by Anita Loos and Joseph Fields, based on a 1925 novel by Loos, one of the first women writers to score a success in Hollywood as well as on Broadway. It tells the story of two showgirls and best friends, played by Monroe and fellow screen siren Jane Russell. Marilyn plays the endearing gold-digger, Lorelei Lee. Master director Howard Hawks, who excelled in several genres, proved just as adept in his first and only screen musical. Charles Lederer, the writer of such films as Hawks’ 'His Girl Friday' and 'I Was a Male War Bride,' freely adapted the stage play. Hawks retained some of the songs by Jule Styne and Leo Robin, especially the show’s signature number, “Diamonds Are a Girl’s Best Friend,” choreographed by Jack Cole and sizzlingly performed by Monroe in a bright pink dress. But he added new songs by Hoagy Carmichael and Harold Adamson, including a classic campy number (also choreographed by Cole) with muscle-bound athletes around a swimming pool. Monroe and Russell are ably supported by Oscar winner Charles Coburn (as a lecherous diamond magnate), Tommy Noonan and Elliott Reid.

According to Peter Bradshaw of The Guardian, "Marilyn Monroe and Jane Russell make a fantastic double act in Howard Hawks’ sparkling 1953 comedy." The New Yorker’s Richard Brody wrote, “Jack Cole’s choreography offers some of the most incisively swinging musical numbers ever filmed.” Dave Kehr of The Chicago Reader added, “The opening shot—Russell and Monroe in sequins standing against a screaming red drape—is enough to knock you out of your seat, and the audacity barely lets up from there… a landmark encounter in the battle of the sexes.”