Filmmakers for the Prosecution producer Sandra Schulberg will participate in Q&As following the screening at the Laemmle Town Center on Sunday, February 5th as well as after the Monica Film Center screenings February 6 & 7.

Filmmakers for the Prosecution / Nuremberg: Its Lesson for Today

Let Nuremberg stand as a warning to all who plan and wage aggressive war.
-- Justice Robert H. Jackson
View Trailer 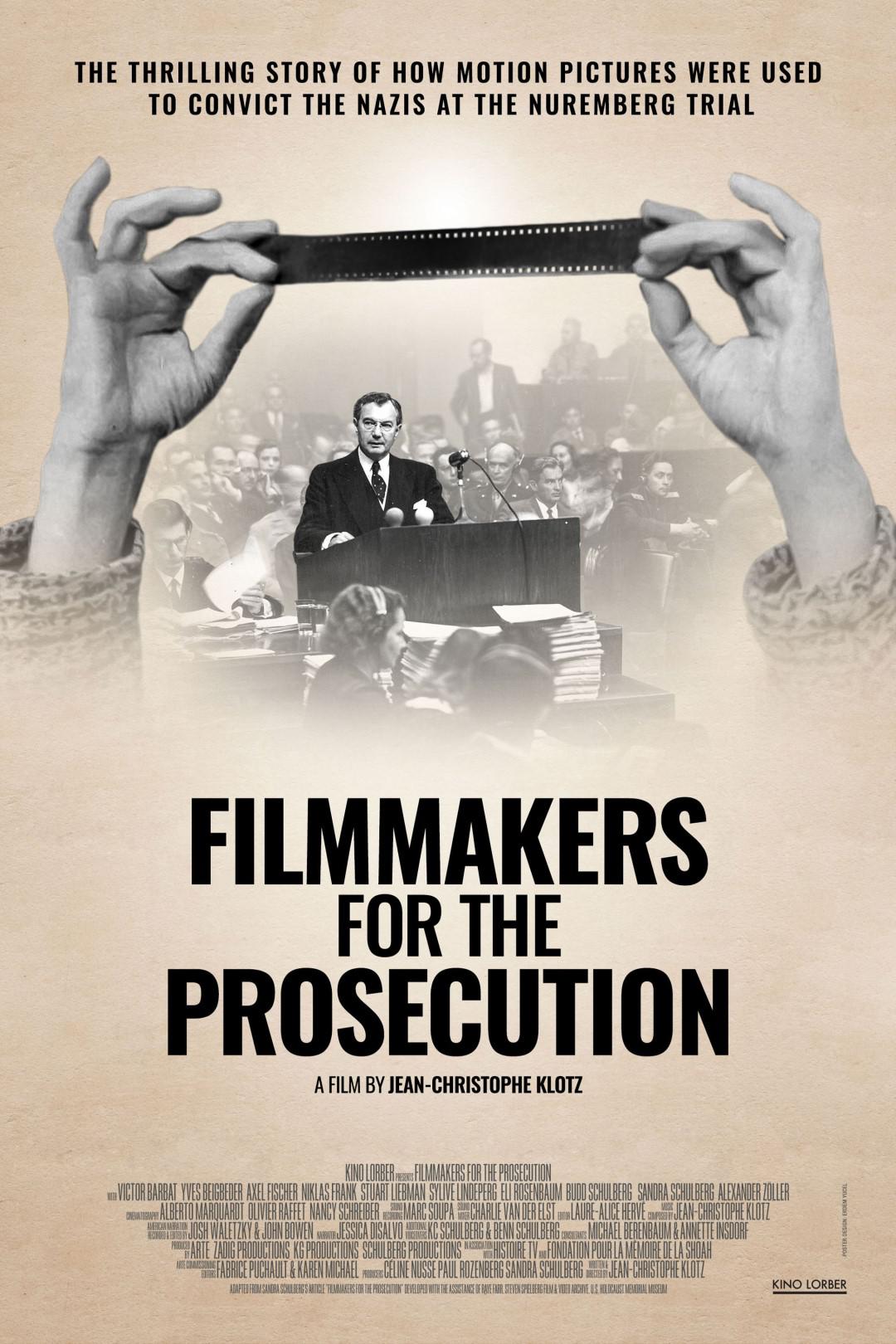 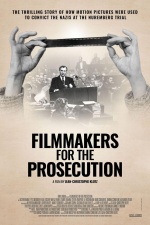 Filmmakers for the Prosecution / Nuremberg: Its Lesson for Today

It’s the summer of 1945 at the end of World War II. Movie legend John Ford, head of the Field Photographic Branch of OSS (America’s wartime spy agency), assigns brothers Budd and Stuart Schulberg to carry out a special mission. (Budd will become the Oscar-winning writer of On the Waterfront. Stuart will become the Emmy-winning producer of The Today Show). Their task — to track down German footage and photographs of Nazi atrocities in order to convict the Nazi leaders scheduled to stand trial in Nuremberg that autumn. So begins a high-stakes four-month investigation that takes the two young men across a devastated Europe in search of visual evidence of the most heinous crimes in history.

Seventy-five years after the trial, French journalist and filmmaker Jean-Christophe Klotz returns to the German salt mines where Budd Schulberg discovered film footage still burning and recreates the finding of secret caches described by both the brothers. By interviewing key surviving figures in the story he then unravels the mystery behind why the resulting film about the trial — Nuremberg: Its Lesson for Today — was intentionally buried by the U.S. Department of War. Klotz’s riveting film also fills in the gaps of how these groundbreaking materials were sourced, and poses still-pertinent and profound questions about the process of using film to write history.

Produced by Sandra Schulberg* (daughter of Stuart, niece of Budd), and adapted from her writings. The film premiered at the New York Jewish Film Festival.

NUREMBERG: ITS LESSON FOR TODAY
Dir. Stuart Schulberg / 1948 / 80 minutes / A Schulberg/Waletzky Restoration / In English and German with English Subtitles

One of the greatest courtroom dramas in history, Nuremberg: Its Lesson For Today shows how international prosecutors built their case against the top Nazi war criminals using the Nazis’ own films and records. The first Nuremberg trial, from 1945 to 1946, established the "Nuremberg principles,” laying the legal groundwork needed to prosecute genocide, crimes against humanity, war crimes, and crimes against peace.

Stuart Schulberg, a veteran of John Ford’s OSS film unit, had been assigned (with brother Budd Schulberg) to secure photographic proof of Nazi crimes for the Nuremberg prosecutors, so he was a natural choice to make the U.S. government’s documentary about the trial. Completed in 1948 with the approval of Justice Robert H. Jackson, the trial’s chief American prosecutor, he titled it Nuremberg: Its Lesson For Today to remind audiences of its currency.

Though it was distributed in Germany in 1948-49 as part of the American de-Nazification campaign, the U.S. Department of War (later the Defense Department) refused for political reasons to release it in U.S. theaters or in other countries. Most Americans did not realize the film was being withheld, but a Washington Post exposé in 1949 quoted an anonymous government source saying, “It’s time to forget the Nazis and concentrate on the Reds."

Over the years, the original picture negative and sound elements were lost or destroyed. Filmmakers Sandra Schulberg and Josh Waletzky created a new 35mm negative (made from the German Bundesarchiv’s best “lavender print”) and reconstructed the soundtrack using original sound from the trial. The Schulberg/Waletzky restoration allows audiences to hear Justice Robert H. Jackson's famous opening and closing statements to the Tribunal, and the testimony from the German defendants and their defense attorneys — all in their own voices — as well as bits of the English, Russian and French prosecutors.

“Haunting and vivid. What this documentary shows is how a vital and indispensable principle of humanity was restored.” [on Nuremberg: Its Lesson for Today] – A. O. Scott, The New York Times

“Critic's Pick! Riveting. More powerful than any fictional courtroom drama could hope to be.” [on Nuremberg: Its Lesson for Today] – Bilge Ebiri, New York Magazine

"Mesmerizing. Nuremberg couldn’t be more of the moment. Something of a minor miracle." [on Nuremberg: Its Lesson for Today] – Ann Hornaday, The Washington Post

"Powerful. A definitive rebuke to all Holocaust deniers." [on Nuremberg: Its Lesson for Today] – Lou Lumenick, New York Post

In the months following the end of World War II, the effort to prosecute the architects of the Holocaust also created our first and most searing collective visual/emotional perception of the Nazi era’s atrocities, because at the heart of what convicted the top Nazis at Nuremberg was the power of ...

Filmmakers for the Prosecution / Nuremberg: Its Lesson for Today Get Tickets

Click a BLUE SHOWTIME to purchase tickets
Note: There were no showtimes for Thu, Feb 2nd, so instead we're showing you showtimes for the next available date on Fri, Feb 3rd.
Town Center 5
17200 Ventura Blvd.
Set as myTheatre | MAP
3:45pm
Spread the word about this film!
Email a Friend
Tweet
Email a Friend
Opening at
Town Center 5 on Feb 3rd
Claremont 5 on Feb 6th
Glendale on Feb 6th
Monica Film Center on Feb 6th