Full of rapid-fire dialogue, engaging performances, and sublime direction, all of which capture the energy of a play on celluloid.
-- Douglas Davidson, Elements of Madness
View Trailer 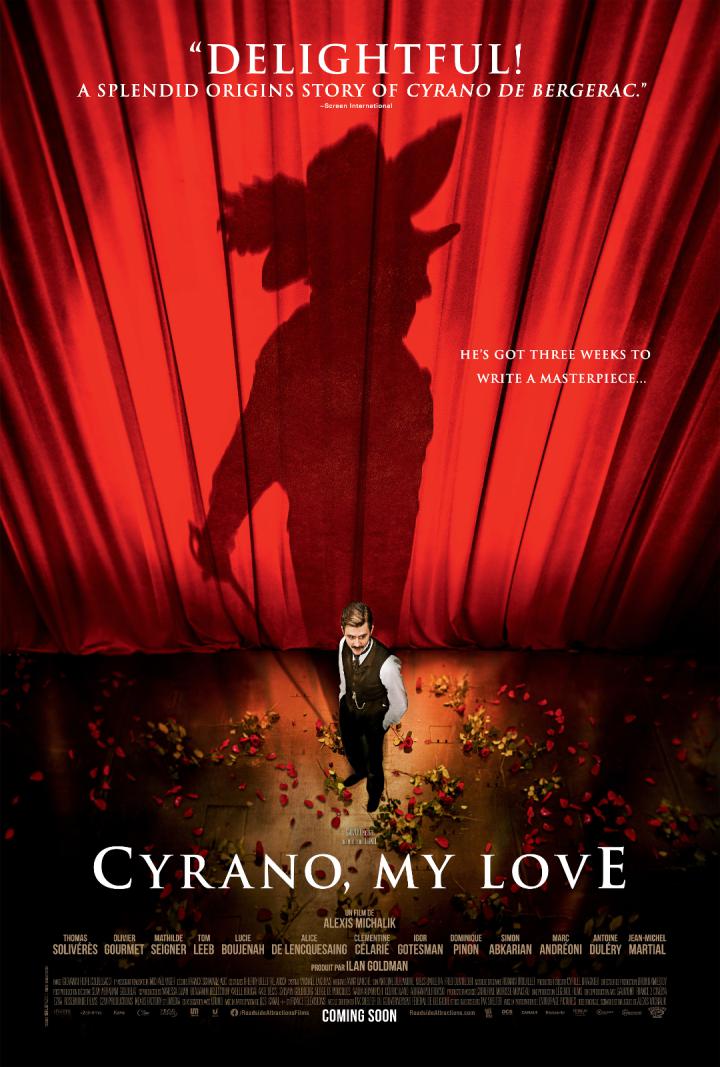 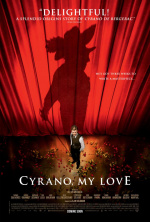 December 1897, Paris. Edmond Rostand is not yet thirty but already has two children and too much anxiety. He has not written anything for two years. In desperation, he offers the great Constant Coquelin a new play, a heroic comedy, in verse, for the holidays. There’s one problem: it is not written yet. Ignoring the whims of actresses, the demands of his producers, the jealousy of his wife, the stories of his best friend's heart and the lack of enthusiasm of all those around him, Edmond must focus and put pen to paper. For now, he has only the title: "Cyrano de Bergerac."

We go to movies to see stories of lovers and criminals, cops and robbers, Batman and Robin, but who would think that a story about a writer could be both funny and sad, bubbly and mournful, especially about a playwright whose magnum opus is known by everyone but whose name slips our mind? With ...

Cyrano, My Love Get Tickets