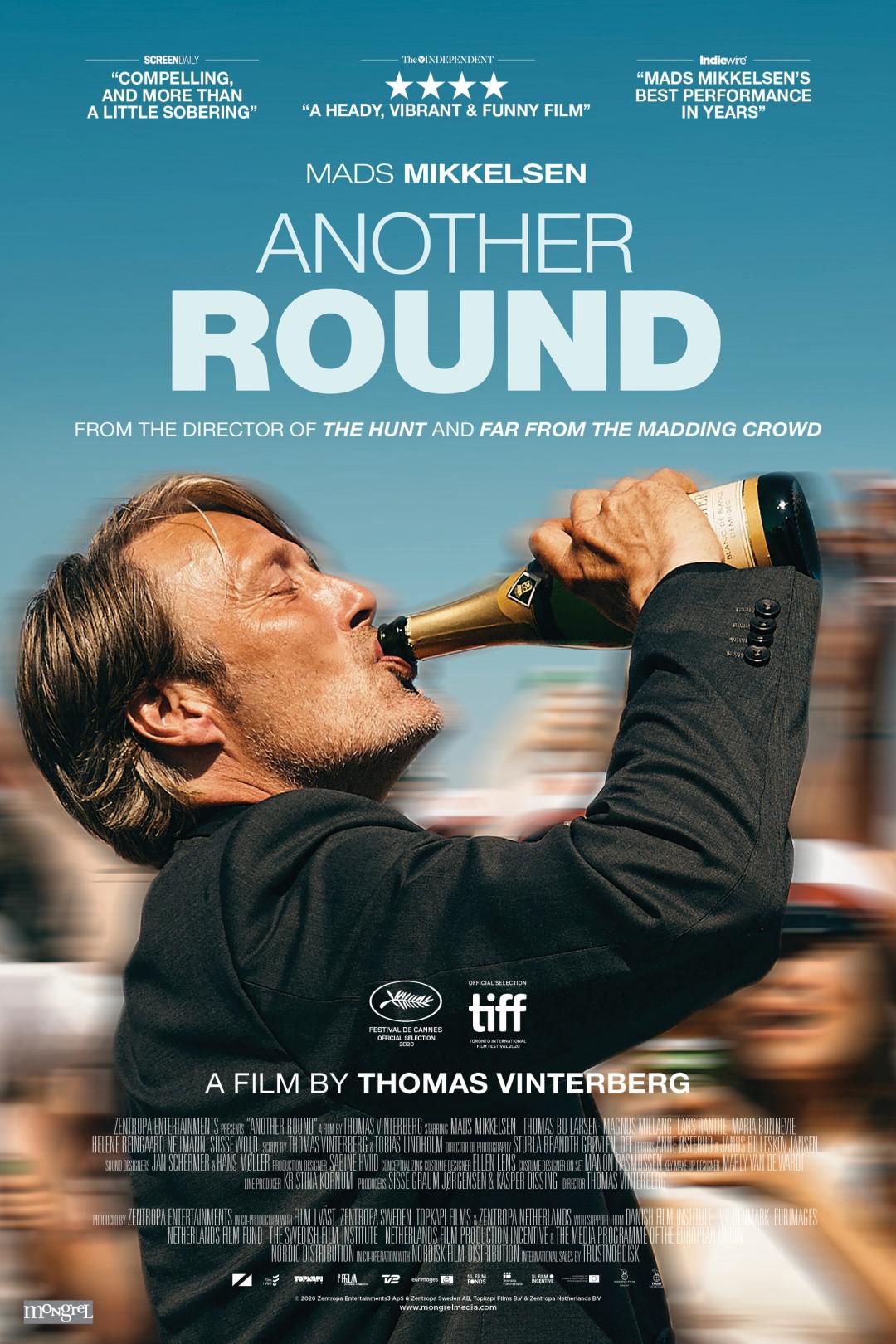 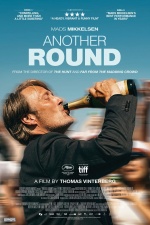 View Trailer
Written by Thomas Vinterberg and Tobias Lindholm, Another Round follows four friends – all high school teachers - who test a theory that they will work and live better by maintaining a constant level of alcohol in their blood.

Their initial results are positive with classes, relationships and interactions improving; as they continue the experiment, however,, the results become more extreme.

The Danish title is “Druk”, a term which is maybe best translated by adding the letter N before the one at the end. Here it is the rather more quaint Another Round. Thomas Vinterberg’s film, reuniting him with actor Mads Mikkelsen (who starred in his drama The Hunt in 2012) is a slightly flippant ...

Another Round Get Tickets