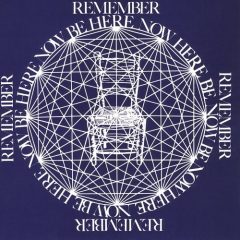 It comes as no surprise that DYING TO KNOW, Gay Dillingham's documentary has been held over at three Laemmle locations (Monica Film Center, Playhouse 7 and Claremont 5). After all, it chronicles the intriguing friendship between TIMOTHY LEARY and RAM DASS, two of the 60s most fascinating luminaries. Plus, it doesn't hurt that the film has been playing to great critical and audience acclaim.  To wit, check out this short video clip featuring audience footage from the film's premiere at the Royal last week. To celebrate this sleeper hit, we've procured a copy of Ram Dass' seminal book BE HERE NOW signed by the great mystic himself! ENTER BELOW for your chance to win this singular prize ... and don't forget to catch Dying to Know in theaters this weekend. Update: Congratulation to BE HERE NOW contest winner Lycia Naff of Los Angeles! The contest is now closed.