I Don’t Roll On Shabbos | cut and welded found metal[/caption] Laemmle's Art in the Arthouse is delighted to present DAVID BUCKINGHAM: NOBODY LIKES A SMARTASS, a solo exhibit curated by KATE STERN of  the renowned Frostig Collection. Buckingham is a unique craftsman. Harnessing found metals to produce dynamic assemblages, he breaks the mold of contemporary art practices. The exhibition takes place Aug. 30 to Nov. 30, 2016 and inhabits both floors of Laemmle's stunning new venue, the Monica Film Center. --- Scroll down for more images --- About the Exhibit: After a successful career as an advertising writer, David Buckingham launched his artistic journey in his 40s. His unconventional art education began with a "5-minute" welding lesson from artist Ray “Cowboy” Kelly of the Rivington School, a 1980s movement remembered by Buckingham as “a bunch of anarchist welders and poets and performance artists,” in New York’s East Village. A neo-pop artist, Buckingham roams windblown alleys, abandoned factories, dodgy neighborhoods, gritty industrial areas, and the low deserts of Southern CA in search of the cast off and forgotten – detritus such as tractor parts, old signage, car doors, gas cans, etc. It’s with this found collection of metal that he carves, bends, bolts and welds his assemblages, breathing new life into the discarded forms. All colors are original as discovered; as he is fond of saying, "Buckingham is no painter!” For his Art in the Arthouse show, NOBODY LIKES A SMARTASS, Buckingham aptly drew from his passion for cinema and dialogue. Quotes from iconic films like The Big Lebowski – “I don’t roll on Shabbos” and Blazing Saddles – “Where the white women at?” along with classic sound effects like “THWIP!” from Spidermen, feel right at home on the walls of the movie theater. Like David, the work is left of center or slightly askew, always playful and often raunchy. Buckingham has exhibited extensively in the U.S. and abroad, including the California’s Riverside Art Museum and the Lancaster Museum of Art and History. His sculptures have been installed as public artworks in West Hollywood and Newport Beach. His work has been featured in an international advertising campaign for Wrangler Jeans and is purchased and commissioned by private collectors around the world. – Kate Stern, Curator ---------------------------- Exhibit Info: DAVID BUCKINGHAM: NOBODY LIKES A SMARTASS August 30 - November 30, 2016 Laemmle's Monica Film Center (info) 1332 2nd Street, S.M. CA 90401 NOTE: – Exhibit is located on both floors – No movie ticket required! 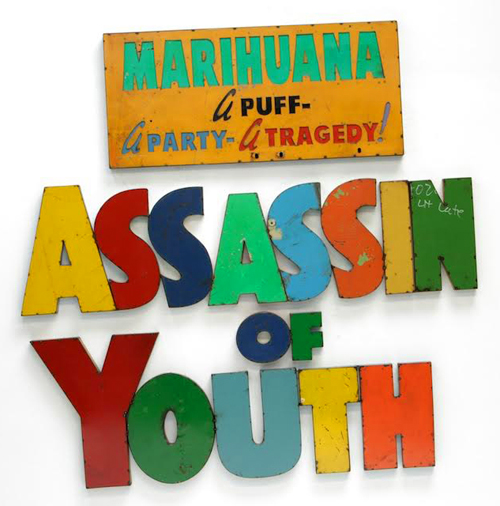 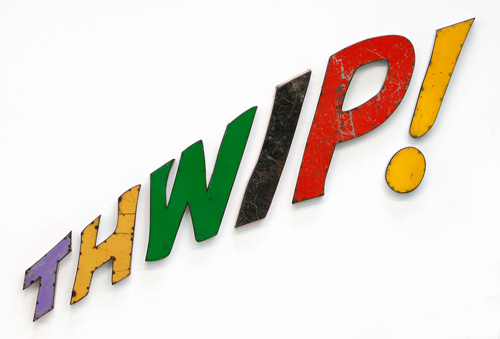 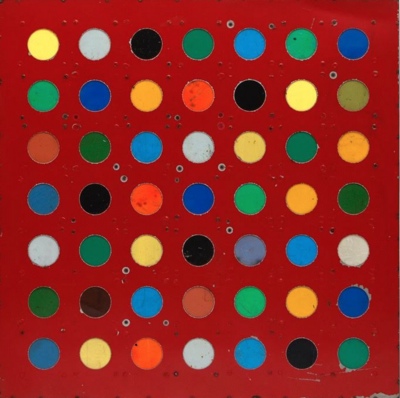