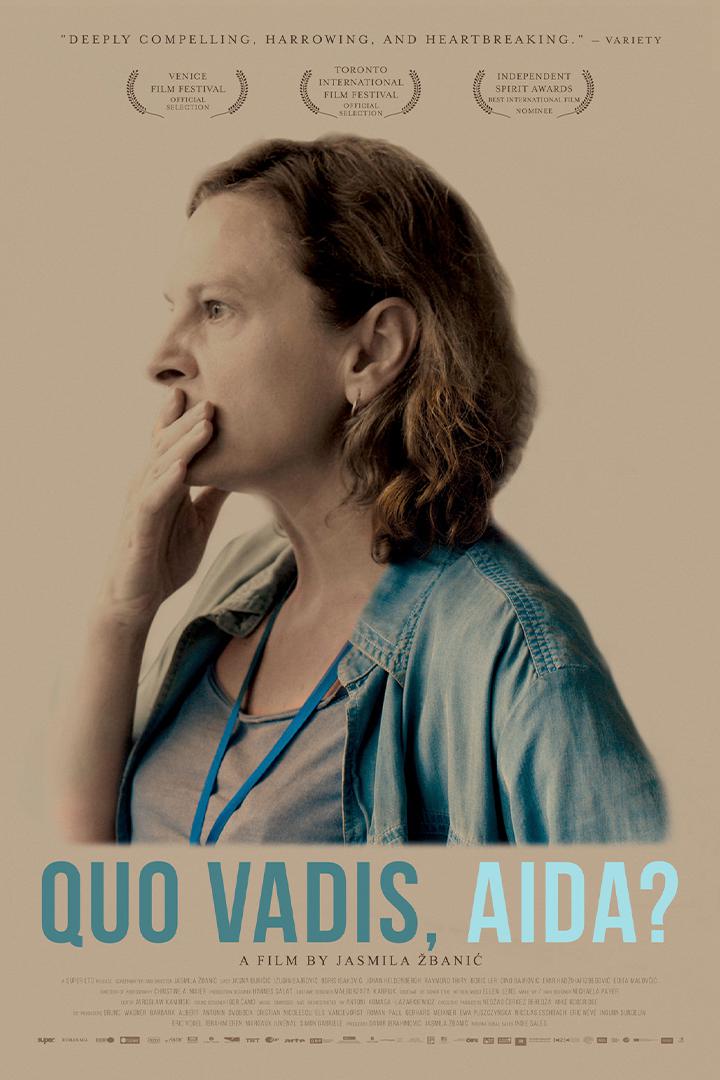 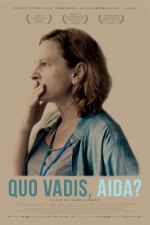 View Trailer
Aida is a translator for the UN in the small town of Srebrenica. When the Serbian army takes over the town, her family is among the thousands of citizens looking for shelter in the UN camp. As an insider to the negotiations, Aida has access to crucial information that she needs to interpret. What is on the horizon for her family and people - rescue or death? Which move should she make?
Not Rated
Genre
Awards Season, Greg's List, Drama, Women and Film
Web Site
https://www.imdb.c…
Runtime
101
Language
Bosnian, Serbian, Serbo-Croatian
Director
Jasmila Zbanic
Writer(s)
Jasmila Zbanic
Cast
Jasna Djuricic
Awards:
Nominee, Best Foreign Language Film, Academy Awards
Nominee, Best Foreign Film, Spirit Awards
FEATURED REVIEW
Mark Kermode, Observer

The submission by Bosnia-Herzogovina for this year’s international feature Oscar is a slow-burn drama with a palpable sense of growing dread, set during the Srebrenica massacre of 1995. More than 8,000 Bosnian Muslims were murdered by units under the command of General Ratko Mladić, now facing a ...